Atlantic Bluefin Tuna (Thunnus thynnus) Captive..Northern bluefin tuna.Thunnus thynnus.MALTA.Not long ago one of the most common fish in Europe, and the economic backbone of many Mediterranean cultures throughout the ages, the bluefin tuna has been the foundation of one of the world's most lucrative commercial fisheries. After decades of severe industrial overfishing by amongst others an over-sized European fishing fleet, this fantastic resource is now poised on the very brink of extinction. If that fishing isn't banned very soon, the magnificent tuna will be gone forever. The governments of all 27 EU countries in 2010 decided to back the international ban on trade in blufin tuna. Let us hope the world follows suit. Bluefin tuna are very large, long-lived fish that normally gather together in huge schools. They can reach 30 years of age and the heaviest recorded tuna to date weighed 680 kilos. The Atlantic population of bluefin tuna is estimated to have decreased by 97 % since the 1960s. In recent years, the European fishing fleet has still been taking 60,000 tons of tuna annually, in spite of a sustainable harvest being estimated at 7,500 tons. This is a fish that we should all immediately refrain from eating! The senseless overfishing of the tuna is a disaster of historical proportions. That is also why this photo had to be taken in captivity, at a tuna breeding facility. These fish have now all been served as Sushi. 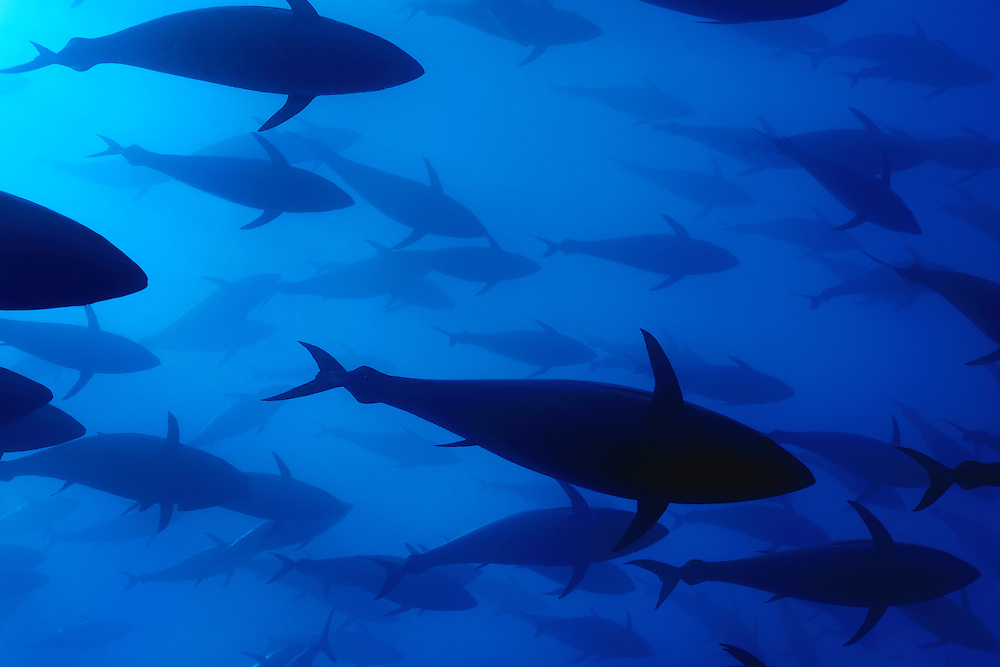