White tailed sea eagle (Haliaeetus albicilla) Flatanger, Norway. August 2008. ..White-tailed sea eagle catching mackerel (Haliaeetus albicilla and Scomber scombrus), NORWAY/FLATANGER, NORD-TRÖNDELAG. The Sea Eagle is another real comeback species in Europe. Persecuted during centuries and finally almost lost to chemical pollutants in the 1970s, it is quickly reclaiming most of its former territories across Europe. Germany hosted 530 pairs in 2009, Sweden 600, Finland 300 and Norway an estimated 4,000 pairs. It was re-introduced to Scotland in 1975 and by 2009 the UK had about 50 pairs. In 1992 it was re-introduced to Denmark, which by 2009 had 21 breeding pairs. It was also re-introduced to Ireland in 2007 and is slowly spreading southwards in Europe on its own. 2006 saw the first breeding pair The Netherlands for centuries. Everywhere, the sea eagle's successful comeback is a clear result of devoted, hard work by individual citizens, businesses, NGOs and public agencies. Yes, we can make a difference! Nature conservation works! 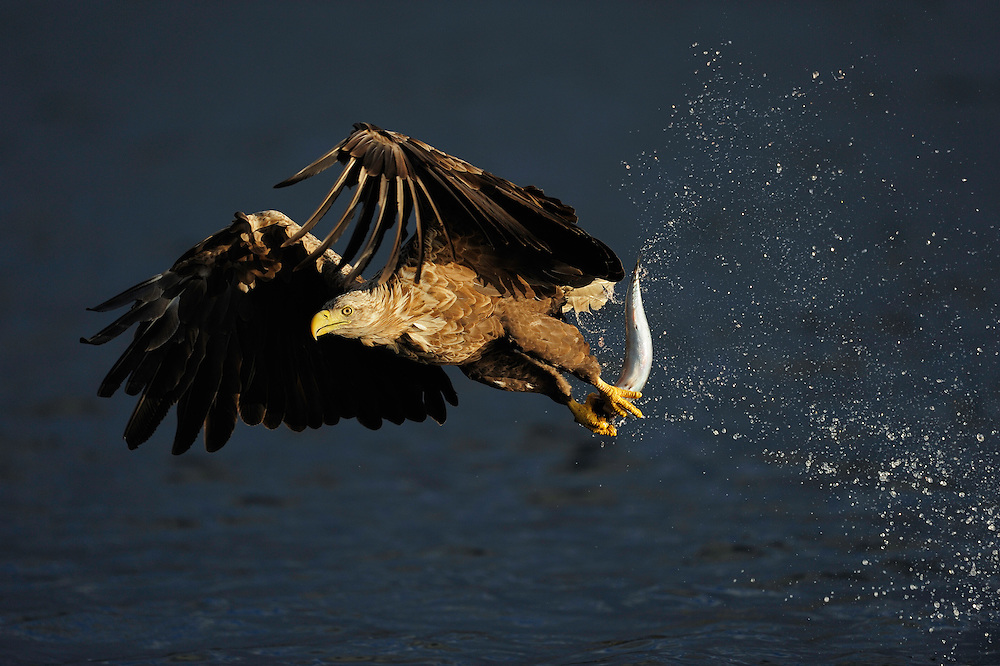